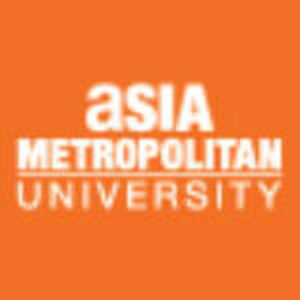 Developing compensation plans for managers or professionals is similar in many respects to developing plans for any employee. The basic aim is the same: to attract, motivate, and retain good employees. And job evaluation is about as applicable to managerial and professional jobs (below the top executive levels) as to production and clerical ones.
There are some big differences though. Managerial jobs tend to stress harder to quantify factors like judgment and problem solving more than do production and clerical jobs.

There is also more emphasis on paying managers and professionals based on their performance or on what they can do, rather than on static job demands like working conditions. And one must compete in the marketplace for executives who sometimes have rock star pay. So, job evaluation, although still important for management jobs, usually plays a secondary role to issues like bonuses, incentives, market rates, and benefits.

The traditional wisdom is that company size and performance significantly affect top managers’ salaries. Yet early studies showed that these explained only about 30% of CEO pay:
“In reality, CEO pay is set by the board taking into account a variety of factors such as the business strategy, corporate trends, and most importantly where they want to be in a short and long term.”

▪ job complexity (span of control, the number of functional divisions over which the executive
has direct responsibility, and management level)
▪ the employer’s ability to pay (total profit and rate of return)
▪ the executive’s human capital (educational level, field of study, work experience), accounted
for about two-thirds of executive compensation variance.

In practice, CEOs exercise influence over their boards of directors, so their pay sometimes doesn’t reflect strictly arms-length negotiations.

Many employers do use job evaluation for pricing managerial jobs (at least, below the top jobs). The basic approach is to classify executive and management positions into grades, each with a salary range.

As with no managerial jobs, one alternative is to rank the executive and management positions in relation to each other, then group into classes those of similar value. However, firms also use the job classification and point methods, with compensable factors like position scope, complexity, and difficulty. As with any jobs, job analysis, salary surveys, and the fine-tuning of salary levels around wage curves play roles.

Compensation for a company’s top executives usually consists of four main elements. Base pay includes the person’s fixed salary as well as, often, guaranteed bonuses such as “10% of pay at the end of the fourth fiscal quarter, regardless of whether the company makes a profit.” Short-term incentives are usually cash or stock bonuses for achieving short-term goals, such as year-to-year sales revenue increases. Long-term incentives aim to encourage the executive to take actions that drive up the value of the company’s stock and include things like stock options; these generally give the executive the right to purchase stock at a specific price for a specific period.

Finally, executive benefits and perks include things such as supplemental executive retirement pension plans. With so many complicated elements, employers must also be alert to the tax and securities law implications of their executive compensation decisions. Salary is traditionally the cornerstone of executive compensation. On it, employers layer benefits, incentives, and perquisites—all normally conferred in proportion to base pay.

Procter & Gamble Co.’s CEO was paid $15.2 million recently, including a base salary of $1.6 million, a cash-based bonus of $2.4 million, stock options valued at $4.4 million, stock awards of $6.45 million, plus perks such as air travel. Top executive compensation packages can be whoppers. The CEO of Oracle earned just over $96 million in one recent year, and the CEO of Walt Disney Corporation $37.1 million.91 but overpaid as many critics may think they are, one expert says CEOs with the highest 20% of compensation produced stock returns 60% greater than those of other firms in their industries.

Executive compensation emphasizes performance (we will discuss it later) more than do other employees’ pay plans, since organizational results reflect executives’ contributions more directly than those of lower-echelon employees.

In compensating professionals, employers should first ensure that the person is actually a “professional” under the law. However, calling someone a professional doesn’t make him or her one. In addition to earning at least $455 per week, the person’s main duty must “be the performance of work requiring advanced knowledge,” and “the advanced knowledge must be customarily acquired by a prolonged course of specialized intellectual instruction.”

One company hired a high school graduate as an exempt “product design specialist II,” earning $62,000 per year. The job required 12 years of relevant experience, but no particular education. The court ruled the job was non-exempt.
Beyond that, compensating professional employees like engineers presents unique problems. Analytical jobs emphasize compensable factors such as creativity and problem solving, ones not easily compared or measured.

Furthermore, how do you measure performance? For example, the success of an engineer’s design depends on how the firm develops and markets it. Employers can use job evaluation for professional jobs.

For example, a few years ago Google raised its employees’ salaries by 10% in the face of defections by even their highest-paid professionals, such as the head of its Chrome OS team, to Facebook. Many of these Google professionals, although well paid by most standards, still felt underpaid. Some moved to jobs they hoped would have more challenges. Others may have sought younger firms with new stock options. Most employers therefore emphasize a market-pricing approach for these jobs. They price professional jobs in the marketplace as best they can, to establish the values for benchmark jobs.

Then they slot these benchmark jobs and their other professional jobs into a salary structure. Each professional discipline (such as engineer) usually ends up having four to six grade levels, each with abroad salary range. This helps employers remain competitive when bidding for professionals who literally have global employment possibilities.

Payroll administration is one of the first functions most employers computerize or outsource, and for good reason. Administering the payroll system—keeping track of each employee’s FLSA worker status, wage rate, dependents, benefits, overtime, tax status, and so on; computing each paycheck; and then directing the actual printing of checks or direct deposits is a time-consuming task, one complicated by the need to comply with many federal, state, and local wage, hour, and other laws.

Then print paychecks yourself. Basic Payroll calculates federal and state payroll taxes for you, so you can easily e-pay federal taxes and write a check for state taxes.”100 Kronos’s Workforce Payroll automates the payroll process, and offers self-service features. For example : https://www.kronos.com/products/workforce-central-suite/workforce-payroll
On the other hand, many employers do outsource payroll administration to vendors such as ADP. These vendors offer a range of payroll processing options.

For instance, smaller employers may opt to call in their payroll data to the vendor’s specialists, while larger ones may have this data processed automatically online. In deciding which vendor to use, the employer should consider its goals and the potential economic benefits, as well as factors such as the vendor’s reputation.

SHRM recommends evaluating the initial list of prospective vendors based on the employer’s goals for the relationship. Don’t just consider the relative economic benefits of outsourcing the function (rather than doing it in-house), but also the desirability of integrating the employer’s internal systems with the vendor’s, streamlining tax compliance and filings, and increasing employee self-service.