Module Wrap-up
Lesson 1 of 0
In Progress 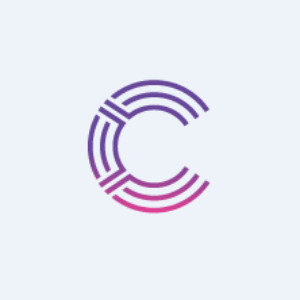 HCM plays a crucial role in increasing the productivity and output of an organization. “Human capital is relatively young production factor. Because it is closely related to production factors of labour and has features in common with the labour, analysis and research work it is often not explicitly mentioned.” (Tokarþíková, 2010). Every employee in his job gets some set of skills through his experience, exposure, trainings and so on which further increase his productivity eventually benefitting the organization.

invests part of its money and resources to train its employees. Employees in turn work hard, upgrade their existing knowledge and contribute in their own way to increase the productivity of their organization.

Human capital plays an important role in people’s development, improving the life and income, increasing knowledge, skill, and product capacities, economic growth and reducing poverty. Since in the world, there are new revolutions in fighting against capitalism, human forces become more important than any other time. According to recent revolutions, future researches on human capital will follow two goals, i.e. measuring the gaps within human capital and how human capital leads to more efficiency and revenue.

Since employees and individuals have applied human capital to their job, they receive their investment reward from human capital through salary, benefits, job satisfaction, and more learning opportunities as well as promotion. These achievements allow families and governments to invest a large part of their resources in education and training human force. It is worth mentioning that economic attitude towards human capital (education and training labour force) is vital for country’s efficiency and economic success.

The constantly changing business environment requires firms to strive for superior competitive advantages via dynamic business plans which incorporate creativity and innovativeness. This is essentially important for their long term sustainability. Undoubtedly, human resource input plays a significant role in enhancing firms’ competitiveness (Barney, 1995). At a glance, substantial studies were carried out on human capital and their implications on firm performance were widely covered and obviously, human capital enhancement will result in greater competitiveness and performance (Agarwala, 2003; Guthrie et al., 2002).

Meantime, there is a significant relationship between innovativeness and firm performance under the human capital philosophy (Lumpkin & Dess, 2005). In relation to this, the definition of firm performance could vary from one and another. Nonetheless, some clear definitions of firm performance in the context of human capital enhancement could be put forward. In some cases, financial performance measures such as percentage of sales resulting from new products, profitability, capital employed and return on assets (ROA) (Selvarajan et al., 2007; Hsu et al., 2007). Besides, return on investment (ROI), earnings per share (EPS) and net income after tax (NIAT) can also be used as measures of financial performance (Grossman, 2000). Beside measurement, Human capital development were part of this topic’s discussion.

You have already reported this .